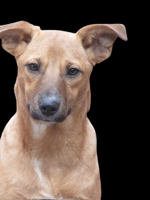 Sava's Safe Haven is an animal rescue association in Galati. In 2012 the Sava family began to build a safe refuge for animal’s welfare needs in a small village.

Romania is not only notorious for the large population of street animals but also animal welfare issue, arising from conditions within public shelters. Many publications address the problems related to dozens of dogs living on the street and highlight the struggle faced by charities to reduce the number of stray dogs through neutering programs. These attempts to corner the stray population are unfortunately without much success as daily dozens of females give birth to more puppies that further increase the number of strays within the community. The situation regarding cats in Romania is similar to that of dogs with large number currently living on the street. As cats are not considered as problematic as dogs, they do not receive as much publicity. Sava's Safe Haven is one of the charities that try to reduce the number of street animals through neutering projects. The charity also focuses upon improving conditions and animal welfare matters in the poor villages.