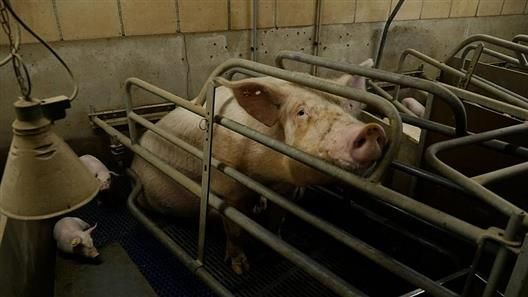 Campaigners have collected a million signatures in their bid to put an end to battery farming.

They have amassed support from across the continent behind a European Citizens’ Initiative, which is a way of raising an issue before the European Commission.

When one million signatures are obtained, instigators of the petition are allowed to present their case at the European Parliament. They are also entitled to an official response from the European Commission, setting out what action it will take.

“This is a huge victory. It is the largest win for farm animal welfare, ever,” said Emma Slawinski, director of Campaigns for Compassion in World Farming (CIWF). “We are phenomenally proud of this collaborative effort.”

In their eight-month campaign, CIWF joined forces with more than 170 environmentalist and animal rights organisations.

Currently, battery farming — where animals are housed in cages — is partially legal in the EU. There exist bans on several specific kinds of practice, but no blanket law that forbids it as a whole.

Battery farming in the European Union

According to CIWF, more than 700 million farm animals in Europe are imprisoned in cages every year.

The number of caged animals varies widely from country to country and even from animal to animal. Rabbits are the animal most affected by cage farming with 99% of farmed rabbits confined to cages.

Surprisingly, almost 90% of farmed pigs in the EU are imprisoned in cages, a figure at odds with many of our intuitions about pig farming.

Out of all EU countries, Sweden has the lowest rates of cage-farming, The country has an outright ban on confining sows and rabbits to cages.

“Of all the terrible contraptions used to control animals, the cage is one of the worst,” said CIWF France spokesperson Leopoldine Charbonneaux.

“It is high time we evolved past such cruelty and put a stop to the primitive and barbaric practice of keeping farm animals behind bars – a life spent in a cage is no life at all.”

Here’s what’s illegal in the EU regarding battery farming

Veal crates: The term veal crate refers to two specific kinds of individual confinement for calves. The first, a three-walled stall where the calf is tied by the neck to the front of the stall to prevent it from turning around. The second, is a completely closed box where the calf cannot turn around. After just a few weeks spent in these crates, the calf is unable to turn around, adopt normal sleeping positions, or even stand up and lie down without difficulty.

Battery cages for hens: Battery cages are a series of small cages, which are attached to several hundred, sometimes thousand more similar cages. According to RSPCA, in this system, a hen lives out her entire life with less space than an A4 piece of paper.

Individual sow stalls: Sow stalls, say the European Parliament “are extremely narrow cages that act like prisons for the sows kept in them, limiting their movement to the extent that they cannot even turn around.” This life, says the report can reverse natural behaviors such as “rooting, foraging and exploring, rolling over to cool down [and] cuddling together with other pigs.”

Caged farm rabbits: In March 2017, MEPs voted to ban the confinement of farmed rabbits in cages. In terms of numbers, rabbits are the most farmed animal in the EU. At this time, 99% of the 320 million rabbits being farmed in the EU were kept in small cages which impeded natural behaviors. Although MEPs voted to end caged rabbit farming, the system is still being phased out.

Due to the absence of a total ban however, hundreds of millions of farm animals in the EU remain imprisoned in cages for the majority of their lives.